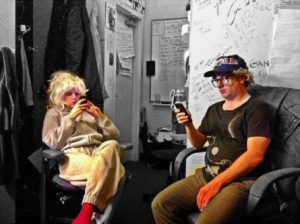 Winner of the 2016 Patron’s Pick Award

Tonight’s Cancelled! Or at least Stacey & Jason will assume so. Ok, sure, people may say stuff like “McGunnigle deserves the comedy equivalent of a Dora”(NOW) or “DeRosse is one of the most naturally gifted sketch and improv comics”(NOW). Whatever. Ugh. Come see them probably eat, talk about their crappy bodies and get too emotional… before it’s cancelled. (fringetoronto.com)