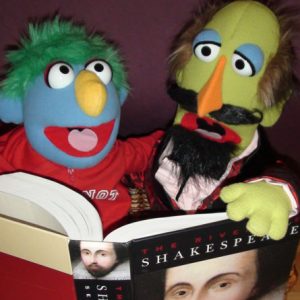 Winner of the 2016 Patron’s Pick Award

A light-hearted retelling of Shakespeare’s beloved comedy TWELFTH NIGHT in the tradition of the Muppets and utilizing both modern and classical text. Shipwrecked Viola disguises herself as a boy and ends up in a love triangle, which only gets more complicated when her twin brother arrives! (fringetoronto.com)