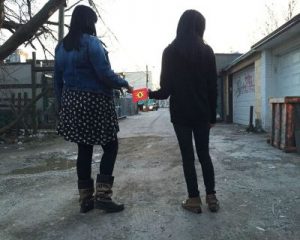 Win lives on the rez and Roe lives in the city. After years apart two cousins meet in a Toronto alley to recreate a ceremony from their childhood, but can they remember how? Has the world changed too much? Have they? When the words missing and murdered, truth and reconciliation, occupation and resistance are everywhere, how do two Mohawk women stand their ground? Two Indians is a darkly comedic look at the landscape of being Indigenous. (summerworks.ca)