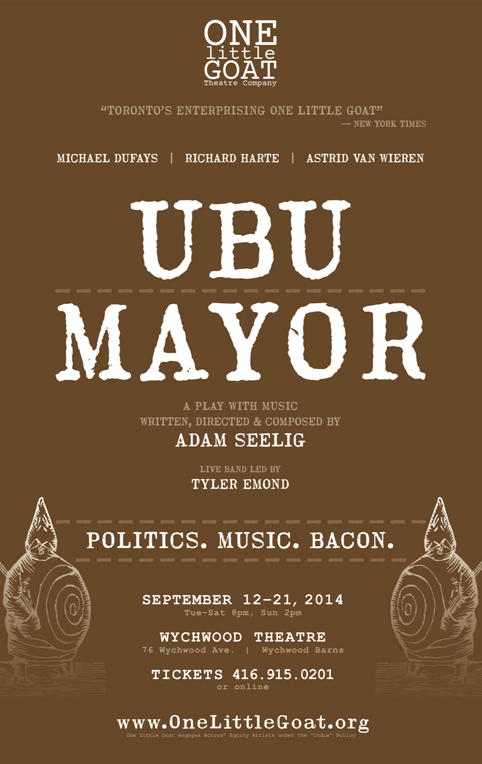 Ubu Mayor involves a mayor (Ubu) whose wife (Huhu) is having an affair with his older brother (Dudu). Ubu wants Huhu to love him again; Ubu wants what’s best for the city; but both his love and political ideals are foiled by brother Dudu’s machinations. (onelittlegoat.org)