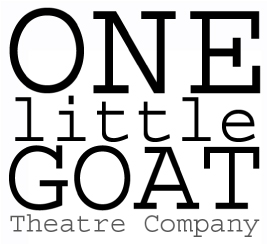 Founded in New York in 2002, and based in Toronto since 2005, the company is acclaimed for its highly interpretive, provocative approach to international plays, including the Canadian and World Premieres of dramatic works by
Yehuda Amichai
Thomas Bernhard
Jon Fosse
Claude Gauvreau
Luigi Pirandello
and Artistic Director Adam Seelig

One Little Goat’s productions have been covered and acclaimed in an array of media including theGlobe and Mail, Canadian Theatre Review, New York Review of Books and Economist and have been staged in Toronto, Philadelphia, Chicago and New York, where the company opened La MaMa’s 49th season in 2010 – the final season led by the legendary Ellen Stewart.