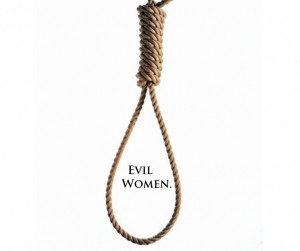 Originally created for the feminist collective Monstrous Regiment, Vinegar Tom is a look at how witch hunts affect communities, and the way they target the poorest, weakest members. Juxtaposed with contemporary music, the play invites us into the lives of those most often targeted in witch hunts: old women, poor women, women who are not wives…evil women. (playwrightproject.com)