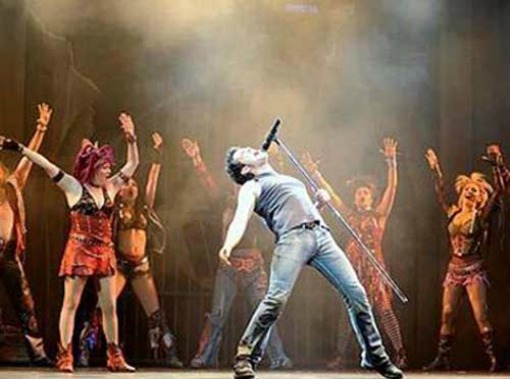 Set 300 years in the future, in a time when live music is banned on earth, We Will Rock You is about the rebellious kids, fighting against the all-powerful Globalsoft Corporation that controls their lives and feeds them a diet of synthesized pop.  Could the young Galileo and Scaramouche be the heroes needed who will help them “break free” of their chains to rediscover themselves and live music?  (broadwayworld.com)