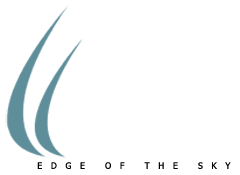 Edge of the Sky Theatre

The mandate of Edge of The Sky is to promote, encourage and nurture emerging Canadian artists and their work.

Together, the team has many successful ventures under their belt. Both Summerland and The Fence made the Best of Fringe Picks in 2015 and 2016 respectively. Music from Blood Ties was featured in a truncated parody version of the show in the massive hit series “Orphan Black”.

The Wexford Gleeks have also taken the city by storm with appearances for TIFF, numerous CBC broadcasts, making intergalactic music with Chris Hadfield and most recently heralding the entrance of wrestler Bobby Roode at WWE’s NXT Takeover at the Air Canada Centre.

Edge of the Sky Theatre fully embraces the ever-changing and wonderfully diverse culture of Toronto. (edgeofsky.ca)

Produced by Edge of the Sky Theatre