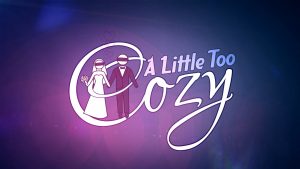 Against the Grain Theatre

You’re invited to join our studio audience for a live taping of A Little Too Cozy, where you’ll witness the final episode of the reality show that asks its contestants: “Can you fall in love with someone you’ve never met?” As the episode kicks off, Cozy‘s final four contestants — Dora, Elmo, Fernando and Felicity — have found their match but, as expected, there’s always a catch. (againstthegraintheatre.com)