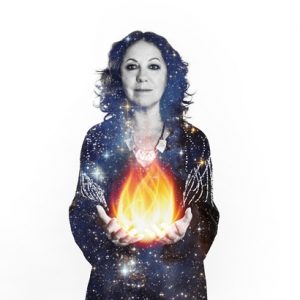 Gwendolyn MacEwen was, to many, a mesmerizing presence. Publishing twenty books, she was one of the most celebrated Canadian poets of her day. Then in 1987, at the age of forty-six, she was dead – many suspected suicide.

In Linda Griffiths’ play, the spirit of MacEwen returns to a modern world one night, bringing a prophetic warning: There has been a death of poetry, of imagination. The city will pay. The world will pay. Then she laughs, opens her hands, pulling brilliant scarves from the air. On this night, MacEwen is torn apart and made invincible by her magic. Revealed as addict, lover, poet, and magician, Gwendolyn MacEwen rises to inspire and incite us. (tapa.ca)