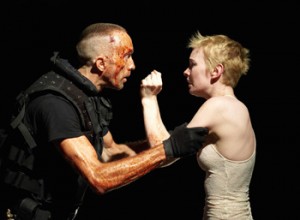 The war has ended. The empire has crumbled. The new leader is infatuated with his hostage, the recently widowed, Andromache, and demands she give herself to him or sacrifice the life of her son. (Andromache Facebook Event)