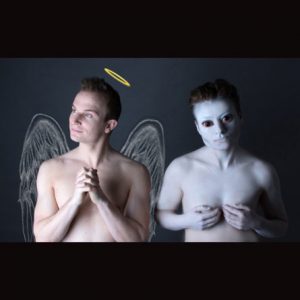 Roommates Sydney and Jeff have sex. It’s bad. To escape the awkward aftermath they download a new app: iBang; a game that lets them govern their own constantly evolving planet. As their relationship deteriorates, the planet undergoes eons of deceit, disaster and human suffering in this edgy, fast paced comedy. (fringetoronto.com)