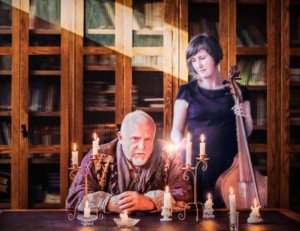 Brief Lives is based on the writings of John Aubrey, known as the first biographer in the English language. His portraits – of William Shakespeare, Sir Walter Raleigh and Thomas Hobbes, among others – are in turn witty and slanderous, providing a behind-the-scenes glimpse of some of the most well-known people in the history of London. Set in 1697, in Aubrey’s rundown lodgings, it is as much a portrait of the man – a scholar, antiquarian and close observer of those around him – as it is of the stories he tells. (torontomasquetheatre.com)