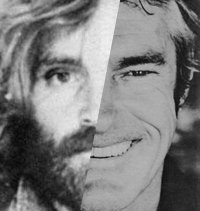 1971, Folsom Prison. Timothy Leary, famous psychedelic professor and pseudo-philosopher is sealed away in solitary confinement. It isn’t long before he is locked in conversation with America’s most notorious murderer. Based on an actual meeting between the two, how could a freewheeling idealist like Leary possibly be the same after encountering a man the world considers to be a monster? (fringetoronto.com)