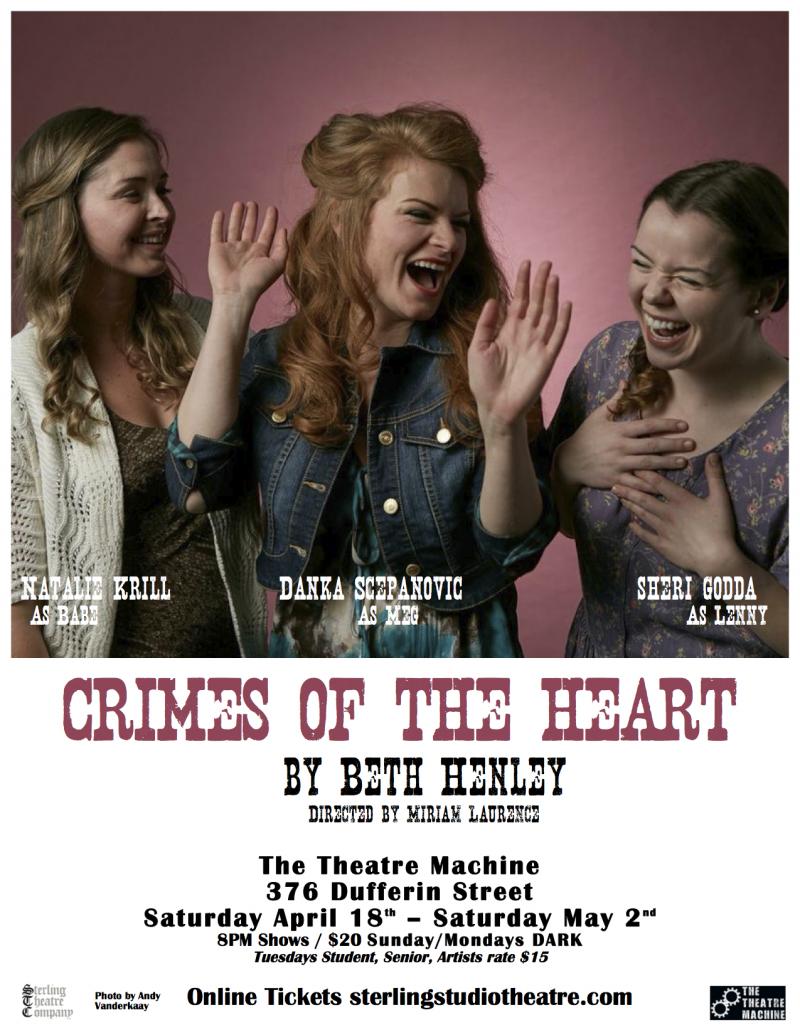 An astonishing first play, initially presented by the Actors Theatre of Louisville, then Off-Broadway, and then on Broadway, where it established the author as a major voice in the theatre world. Warm-hearted, irreverent, zany and brilliantly imaginative, the play teems with humanity and humor as it examines the plight of three young Mississippi sisters betrayed by their passions. A cult classic that saw Diane Keaton, Sissy Spacek and Jessica Lange team-up in the film version. (Show Facebook Event)