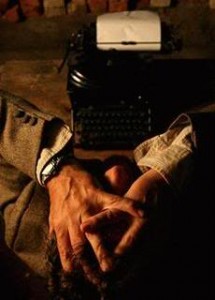 The play is set in motion when Vivian Ezra, a young scholar, discovers a long lost manuscript believed to be the work of iconoclast author Gordias Carbuncle.

This legendary literary masterpiece, lost for over 60 years is rumoured to contain all of human history in its 99 chapters and 999 pages. When the authorship of the novel is called into question, it sparks an academic controversy that reaches from the high-powered publishing world of present-day New York, to 1930’s Paris, and as far back as the American Civil War. As the mystery of the novel’s composition unravels it irrevocably entwines everyone it touches. (Show Facebook EventI)