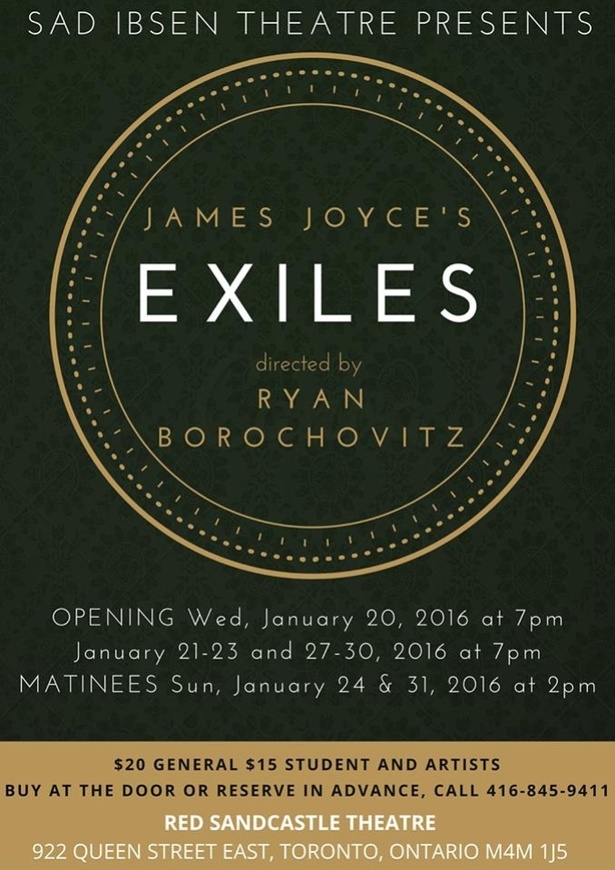 Written in 1914, after Joyce’s publication of A Portrait of the Artist as a Young Man and before Ulysses, Exiles is the only surviving play by the renowned Irish novelist. Heavily influenced by his own life as well as Ibsen’s work, the play follows the narrative of two love triangles, and suggests questions about religion, nationalism, love, and identity. Richard and his common-law wife return from nine years of self-imposed exile in Italy, and as they attempt to settle back into life in Ireland, old feelings are reignited. The characters’ attempts at maneuvering these relationships to reach their vastly differing objectives lead to multiple cat and mouse dynamics. (stage-door.com)