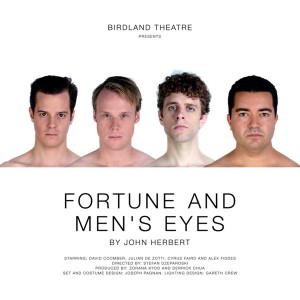 Originally written and produced in 1967, Fortune and Men’s Eyes explores the degradation and brutality of prison life through the eyes of Smitty, a naïve young inmate, and his three cellmates, Rocky, Queenie and Mona. It has since been translated into over 40 languages and produced in over a hundred countries. Over 40 years after it was written, Fortune and Men’s Eyes remains shockingly relevant through its brutality and honesty in portraying the journey of young souls within a criminal justice system that lacks understanding or compassion.