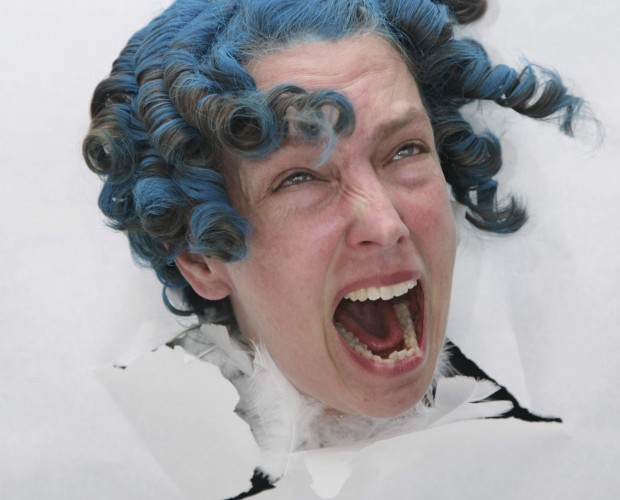 A solo performance by Leslie Baker, Fuck You! You Fucking Perv! is a schizophrenic immersion into psychological damage caused by pre-mature sexualisation. It’s a sensory bombardment of weird and sometimes shocking imagery, a pervasive, invasive sound score, tap dancing and tasteless jokes about sexual predators and mental illness.

Combining elements of performance art, physical and visual theatre, Perv is one of countless nights in the life of an unnamed woman who struggles against forces real and imagined, a night in which she can’t distinguish between past and present. Come and enter her world, one of destructive energy, a raging illogical exploration of one theme—sexual predation.  (summerworks.ca)