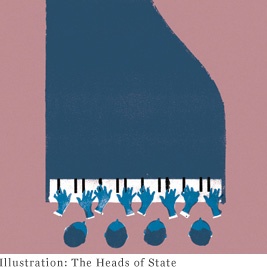 Prodigy, Perfectionist, Performer and Puritan: The iconic Canadian artist Glenn Gould. Glenn is a fascinating and moving look at the music and mythology of an eternally captivating figure. Framed by Gould’s two definitive versions of Bach’s The Goldberg Variations, Young uses a theme-and-variation compositional structure to examine the arc of the Gould’s life and the breadth of his character. (soulpepper.ca)