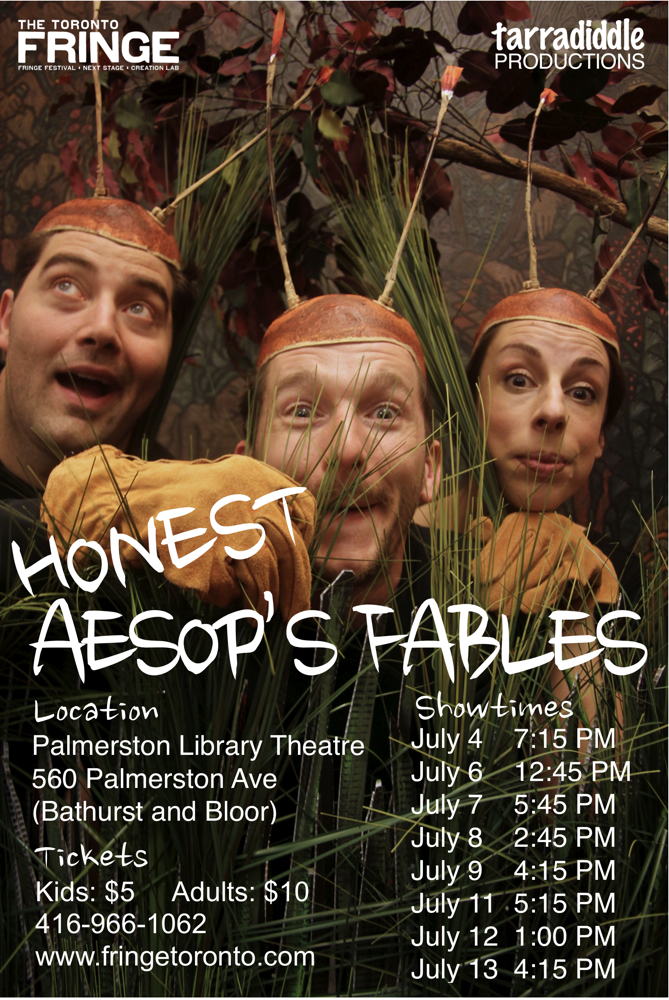 Honest Aesop’s Fables were collectively created by the ensemble.

From the director of the 2011 Best of Fringe hit “The Traveling Salesman and His Magical Suitcase of Desires” comes a hilarious re-telling of timeless tales told by the characters themselves. Join us to find out what happens when the storyteller loses control of the stories and the characters run amok. (fringetoronto.com)