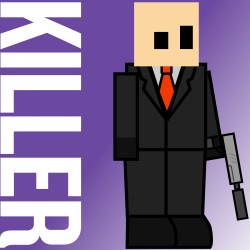 Ousted from his job as a civil servant, Henri Boulanger doesn’t want to live anymore, but can’t seem to off himself, so he hires a professional to do the job. Then his luck starts to change and he reconsiders dying. Can he convince the hired gun to stop? (fringetoronto.com)