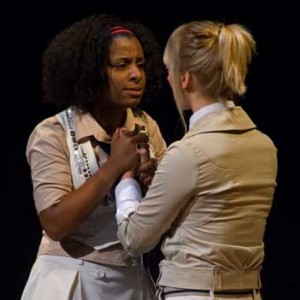 Bijou, a pretty blonde from a priviledged background, and Neyssa the daughter of a Jamaican immigrant family wait in detention after getting into a vicious fight at school.  As the girls confront each other about what happened, they realize that a deeper trajedy lies between them.  They are forced to choose between doing what they are taught and making a choice that could have lasting consequences. (youtheatre.ca)