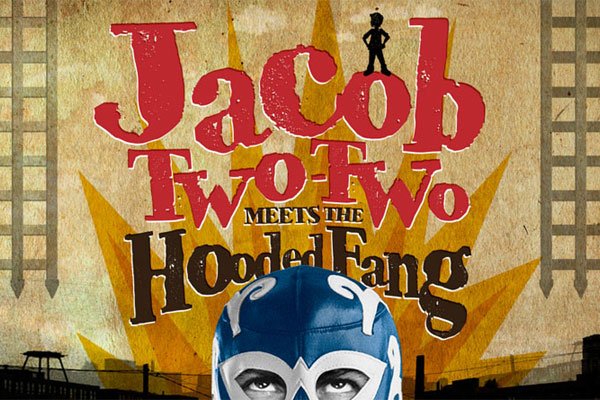 Jacob is certain no one ever listens to him, especially his two older brothers, his two older sisters, and even his two distracted parents, so he develops the habit of saying everything twice. Jacob’s trademark repetitiveness eventually lands him afoul of the law and into the fantastical children’s court of Mr. Justice Rough. Sentenced to hard time on foggy, snake-infested Slimer’s Island, Jacob falls under the menacing eye of dreaded warden The Hooded Fang and must plot his escape with the help of a heroic squad of older children known as Child Power! (youngpeoplestheatre.ca)