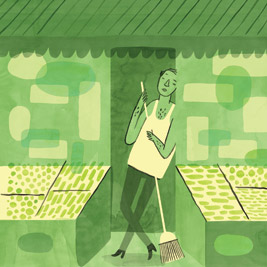 Loosely based on the prodigal son story, Kim’s Convenience describes the journey of a fractured but loving family confronting the future and forgiving the past. (soulpepper.ca)