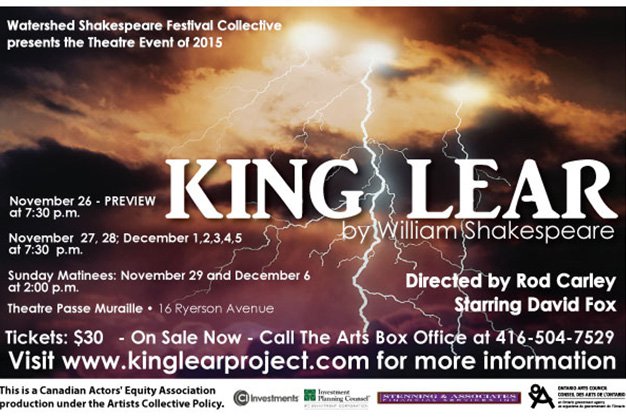 William Shakespeare’s KING LEAR is often regarded as Shakespeare’s greatest work, the masterpiece among masterpieces. It is a domestic tragedy examining the breakdown of family relationships on a huge canvas, yet drawn with a very intimate brush.

The chaos in KING LEAR is the result of the inevitable dynamics that can emerge in any family situation. Lear is not only a king, he is a family patriarch whose plans to divvy up his kingdom among his daughters backfires, causing a civil war that gets played out as a large scale family crisis. (kinglearproject.com)