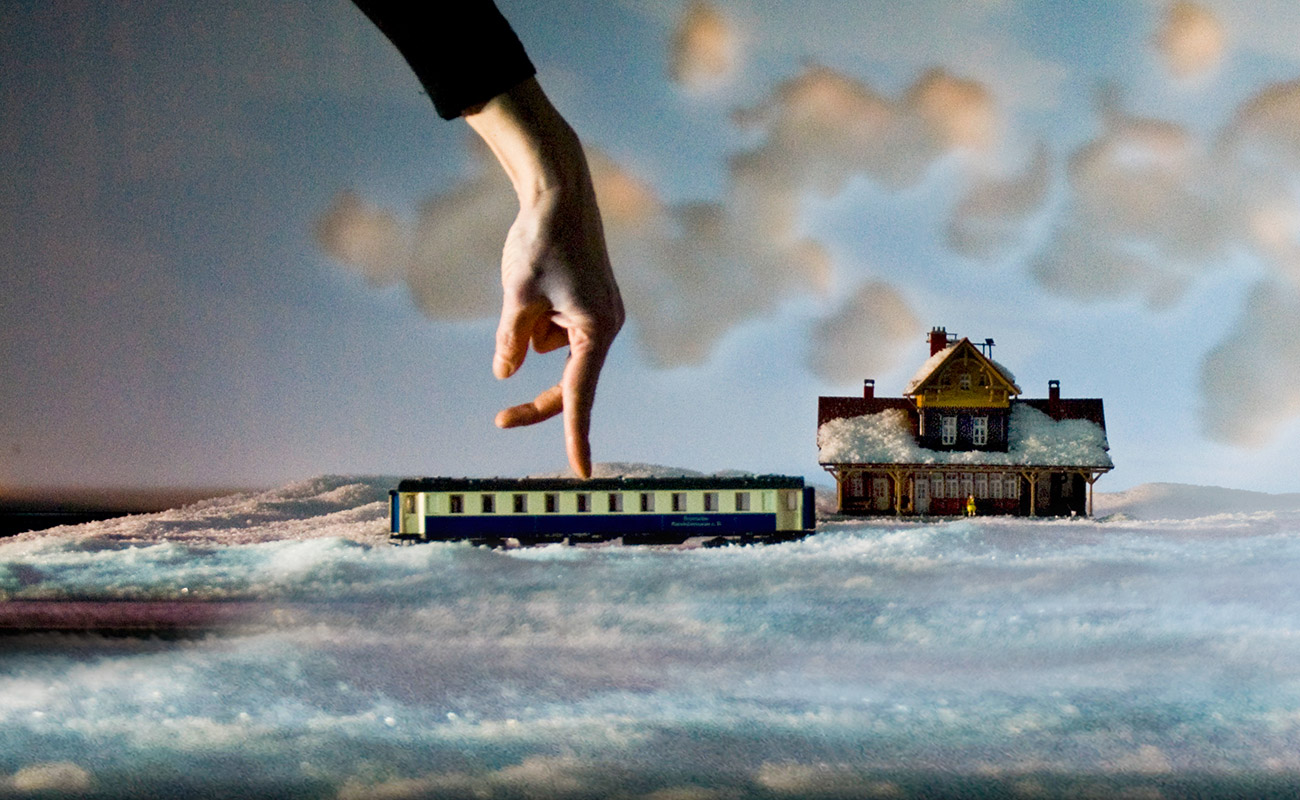 “Where do people go when they disappear from our life, from our memory?” This is the question haunting an elderly woman as she waits alone on the platform of a train station. She reflects on her greatest loves, starting with her first: a boy whose hand she touched for a few seconds on a crowded train when she was 13 years old. Two hands, one male, one female, portray the characters of this narrative with an engaging and sensual presence as they dance around a set of miniature landscapes with absolute precision. Projected live, this extraordinary blend of film, dance, text and theatre is unlike anything you’ve seen before and is sure to leave you breathless. (canadianstage.com)