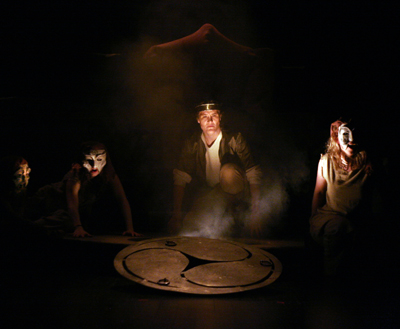 In Macbeth, Shakespeare explores the destruction wrought when the desire for power corrupts. The once-noble Macbeth descends down a bloody path to the throne, spurred by the malign (and perhaps, self-fulfilling) prophecies of the Weird Sisters, and his ever more ambitious wife. As hero becomes tyrant, Shakespeare creates a masterful commentary on the corrupting nature of power. (classicaltheatreproject.ca)