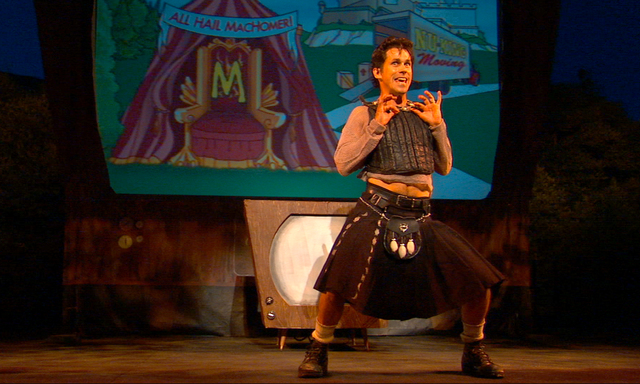 This one-man vocal spectacular features impressions of over 50 voices from TV’s The Simpsons in a hilarious performance of Shakespeare’s Macbeth! With a script that remains 85% Shakespeare, MacHomer will leave you “exhausted with laughter”.

Spot-on impressions of characters from the hit series populate this imaginatively staged version of the tragedy, a multi-media update truly “full of sound and fury”. The result is that rare jewel: an educational and entertaining show, which has amazed audiences of all ages, backgrounds and languages. (www.machomer.com/)