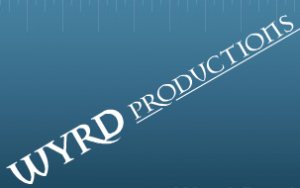 Incorporated in January of 2000, WYRD Productions has been involved in the development of new theatre since 1995. Founded by Rick Miller and Jeff Lord as a company devoted to multi-disciplinary artistic creation, it has since evolved into one of Canada’s leading international exporters of culture.  WYRD has produced the award-winning shows Art?, Slightly Bent,Into The Ring and the worldwide hit MacHomer (which has recently completed a 17-year run, playing in 165 cities to 500,000 fans!).  The 2 latest WYRD Productions have been co-creations with Daniel Brooksand Necessary Angel: Bigger Than Jesus (which Miller has performed all over the world, in English, French, Italian and German) and HARDSELL (now reworked asHARDSELL 2.0 in English and VENDU in French).