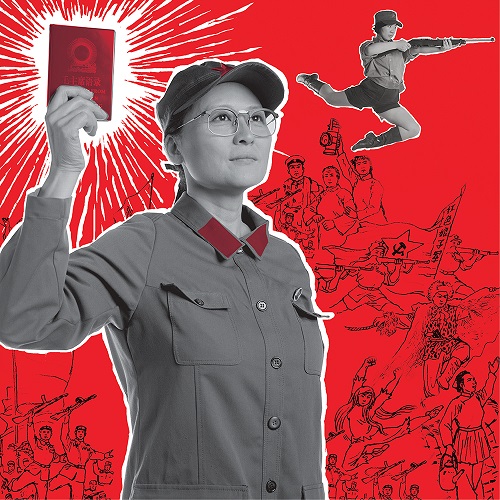 “There is no such thing as Art for Art’s sake” – Mao Zedong.

In a Bejing jail cell, a young Official is drawn into the telling of Madam Mao’s story. The widow of Chairman Mao, who was once the most powerful and feared woman in the world, now a political prisoner, relives her life, replete with idealism and contradictions.

Born into poverty, Madam Mao rose to power and then used propaganda art as the means of controlling a nation. With her sights set on becoming the next ruler of China, her quest for power led her to destroy the lives of hundreds of thousands of her real and perceived enemies. Was she driven by revenge and ambition? Or was she been vilified?

Incorporating Revolutionary music and choreography, Madam Mao exposes the life of a woman who World History is eager to forget and who North Americans never really knew.  (summerworks.ca)