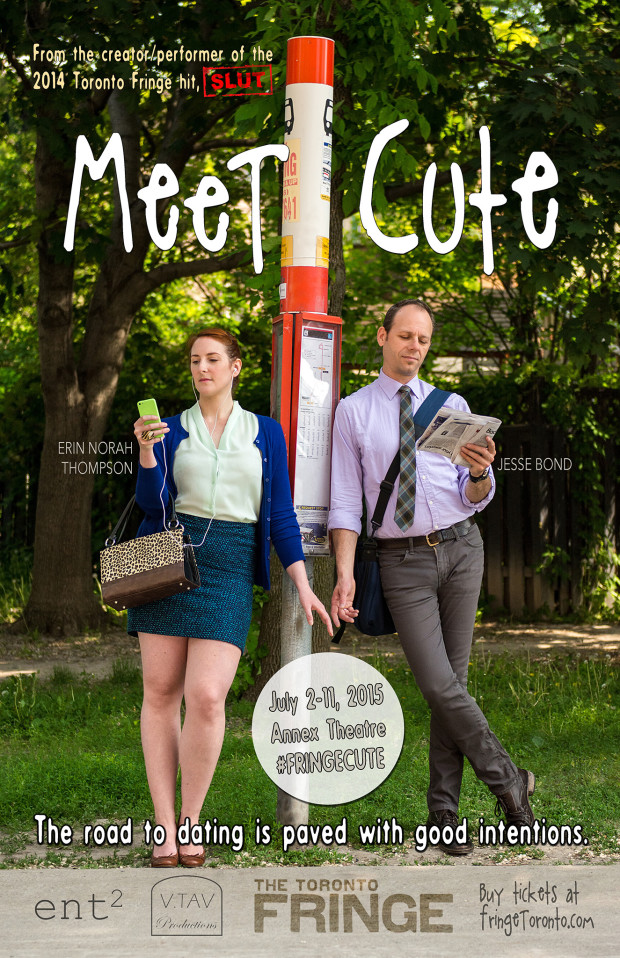 The “Meet Cute”… it’s how all the rom-coms begin. Some of the behaviour in those movies isn’t cute at all, but the road to dating is paved with good intentions. A “romantic” comedy about boy-meets-girl, girl-meets-boy. One story told three ways, with a happily ever after. (fringetoronto.com)