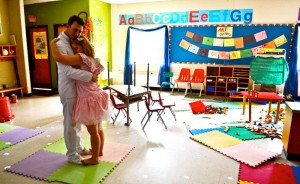 Outside the March Theatre Company

Comparable to an episode of Rugrats on LSD, MR. MARMALADE centers around Lucy, aged four, and her abusive relationship with her imaginary friend Mr. Marmalade, a violent, degenerate, sex-obsessed drug-addict. Through its darkly comic lens, the play explores the way in which children are being socialized and sexualized at a younger and younger age in our media-inundated culture.