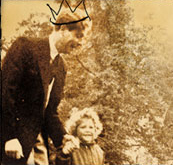 What if the great and tragic story of King Lear were to be told by the King’s closest companion? In this one-woman tour-de-force, actress Susanna Hamnett plays the Fool (who, in good Shakespearean tradition is actually Noreen disguised as a boy) –  and every other character – to tell a very personal and poignant story that borrows from the words of ‘that guy William Shakespeare’. (susannahamnett.com)