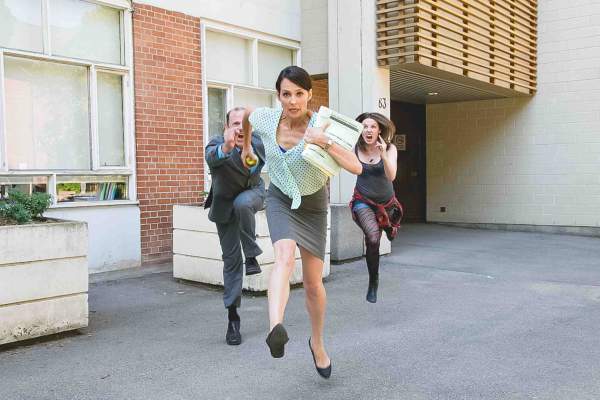 John is Patrick’s father. He’s a wealthy businessman with domestic issues and a tendency to paranoia. Rosie is Sonya’s mother. She’s a working class mum with an exotic past and a serious attitude problem. Nicole is Patrick and Sonya’s Grade 3 teacher. Her life is even more complicated. At the school’s parent’s night, secrets are revealed and what’s left are three flawed individuals on the brink: a teacher, no longer content to dole out platitudes; a father, trying not to let his anger and pain affect his son; and a mother, hoping that her own mistakes don’t spell the fate of her daughter. (broadwayworld.com)