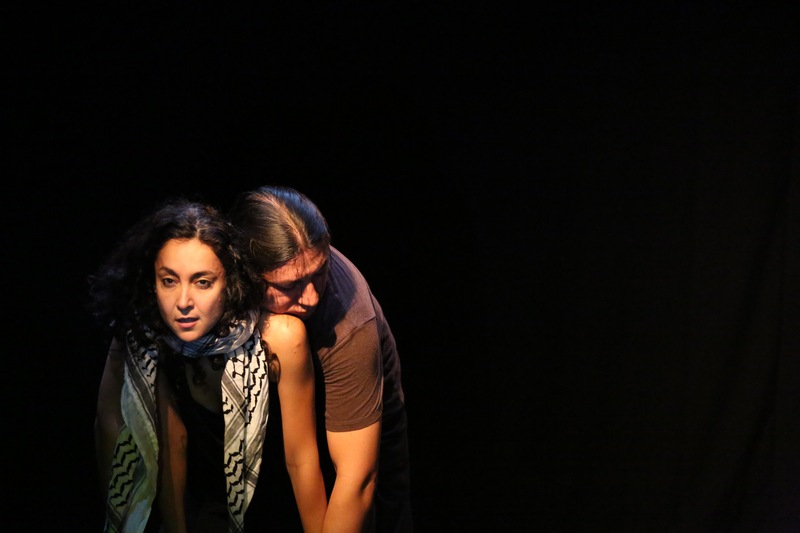 Created by The Return Home Collective

Return Home follows two characters. One is an Indigenous Anishinaabe woman from Quebec living under the legacy of colonization, and the other is an Indigenous Palestinian woman born in exile, living in diaspora. We travel unchartered territory where two women, Indigenous to two very different places, Palestine and North America, converge in their personal struggles of love, selfhood, land and history. Joining the women is Raven, an Indigenous Mixteco from Mexico. He brings magic and transformation through dance and movement. Serving as a mirror it is Raven who transports the women to and from the realms of the imaginary and the real, giving rise to their awakening. Through music, movement, video and sound design, we watch as they discover what each can teach the other. (summerworks.ca)