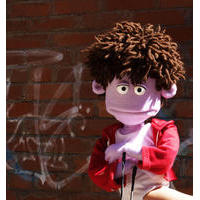 Mick thinks his school rock band career is over after a disastrous performance at the St. Catharines Legion. He’s about to give up, but once in the world of Rock Land, he realizes that his journey has only just begun. From the team that brought you Fart Factory: The Musical comes a glam rock puppet musical sensation for the whole family! (fringetoronto.com)