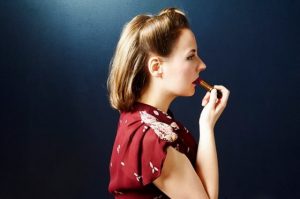 Presented as a part of a double bill with The Homemaker

Set in the early 1950s, Swell Broad is the story of Stuart and Delilah’s unlikely rendezvous. Delilah, a young woman with an inquisitive mind and a quick wit, has a reputation for being cold towards men; word around town is that her ideas about love and commitment are downright reprehensible. But when the unsuspecting romantic, Stuart, stumbles into her life and finds himself smitten, both characters are forced to reexamine their assumptions about love and romance. (brownpapertickets.com)