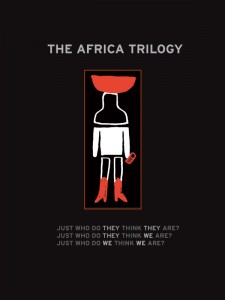 The Africa Trilogy – Peggy Pickit Sees the Face of God (2010)

The Luminato Festival and Harbourfront Centre

We move then to an unnamed Western city, with an all-white group of medical professionals talking about Africa at a dinner party. Two went to work in a crisis zone in an unnamed African country for six years. Two stayed at home in their unnamed Western city, made a lot of money, and had a child. Each couple envies the other. Their reunion is a disaster. In this play, the obsession is with the past – the decisions made, the mistakes that followed. It is harrowing, and bitterly funny – a sort of post-colonial Who’s Afraid of Virginia Woolf. (volcano.ca)