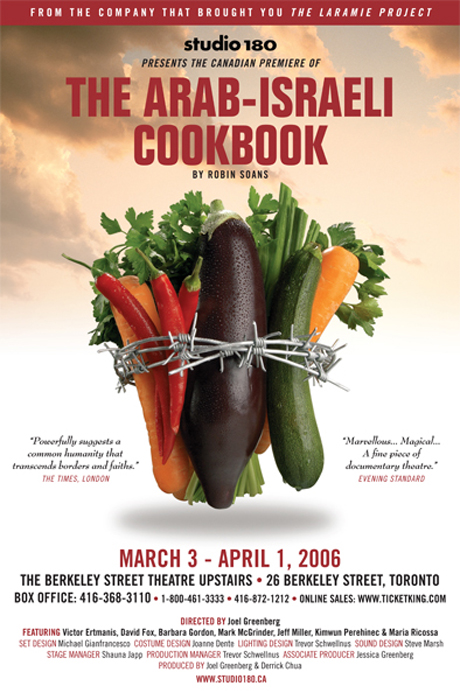 he Arab-Israeli Cookbook combines onstage food preparation with intimate interviews to create a portrait of the lives of ordinary people in Israel, the West Bank and Gaza. In their travels, the creators met and interviewed more than 80 people, from a wide background of cultures, classes and creeds. The resulting play presents over 40 characters describing their daily lives – driving buses, shopping at the market, preparing meals – amidst the surrounding conflict. (studio180theatre.com)