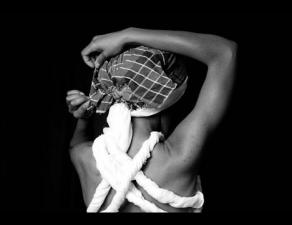 The Art of Traditional Head-Tying (2014)

What and where is home? How long after leaving the land of your birth does your new country become home? 20 years after immigrating to Canada, Rosemarie Jon-Charles Hicks goes back to her “home” island, Dominica, to teach a series of head-tie workshops. While there, her idealism and optimism are tested by her two zany nieces, a lethargic boyfriend, a persistent old flame, and a class of workshop attendees who really aren’t that interested.   In the one-woman play, The Art of Traditional Head-tying, actor/writer, Kanika Ambrose, tells the story of Rosemarie’s awakening to the realities of the island she left behind. Through a series of trials, an uncanny clan, and six weeks of very trying head-tie classes, Rosie is ultimately faced with this question… “If the values, people, and traditions of the place I call home have changed, where is my home now?” (theartoftraditional.com)