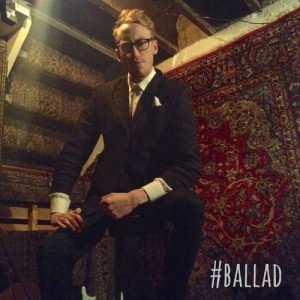 Johnny Hyancith, a young disciple of the blues and new found fact totem for Rock ‘n’ Roll, travels to the Capital City where Sonny St. You, the great old bluesmen, has been brought to trial or inciting the youth.

Modeled after the trial of Socrates, the Ballad is an urgent meditation on the xenophobia, racism and fear mongering that permeated North America at the birth of Rock ‘n’ Roll. (thegrocery.ca)