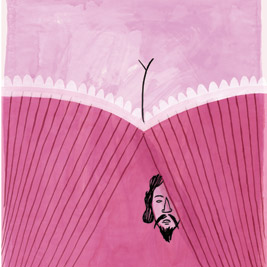 By Michael O’Brien, Adapted from Beaumarchais

A free-wheeling adaptation of The Barber of Seville by Michael O’Brien and John Millard, based on the play by Beaumarchais and the opera by Rossini. This all-new update of Theatre Columbus’s sensational 1996 musical caper follows the beloved story of the young Count Almaviva and his pursuit of the untouchable Rosina with the help of the irrepressible Figaro, Barber of Seville. (soulpepper.ca)