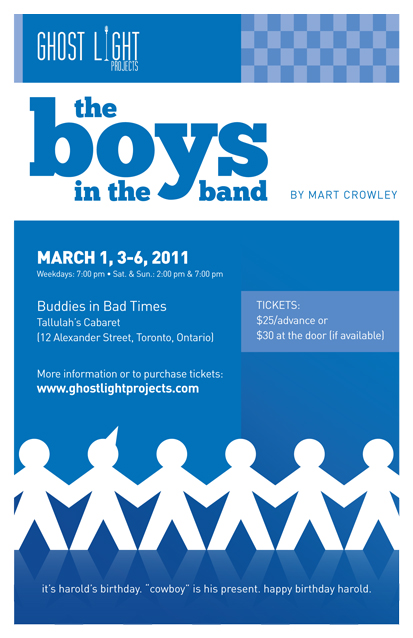 It’s Harold’s birthday, and his closest friends are throwing him a party at Michael’s apartment. Among Harold’s presents is “Cowboy”, an attractive male prostitute, since Harold may have trouble finding a cute young man on his own now that he’s getting older. As the party progresses the self-deprecating humor of the group takes a nasty turn as the men become drunker. The play is climaxed by a cruel telephone “game” where each man must call someone and tell him (or her?) of his love for them. (ghostlightprojects.com)