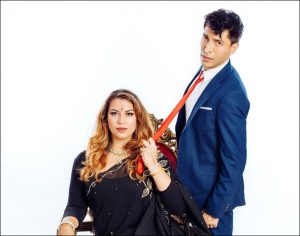 The Death of Mrs. Gandhi and the Beginning of New Physics (a political fantasy) (2017)

Everything But the Bard

It’s 1984. Margaret Thatcher, Benazir Bhutto, Imelda Marcos and a young political novice, Kim Campbell, convene for Indira Gandhi’s funeral. But when the group is hijacked by a mysterious woman named Malala – a time terrorist from the future – they must race against the clock to save humanity. In this hilarious and brazen satire, Dora-winner Kawa Ada fuses politics, feminism (and a little physics) to take a ball-busting look at the women who paved the way. Just like Hillary. (fringetoronto.com)