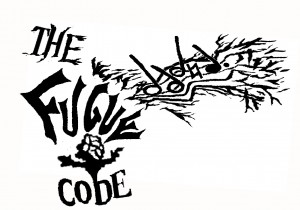 On the eve of the most important event in the history of Western music – the unveiling of a remarkable pipe organ invented by Bach but not built until now – an experimental Composer is kidnapped by a mysterious and ancient organization calling itself the S.M.W.  The Composer’s husband – the Organist who will be the first to play the Bach Memorial Organ – is faced with the bizarre conditions for her release: to solve “The Fugue Code” before the next night’s concert.

As the mystery deepens, a quartet of Bach experts – the Organist, a Musicologist, a Conductor and a Singer – find themselves reluctantly drawn together by a strange plot involving Bach Fugues, cryptic riddles, Bach’s history-shunned second wife Anna Magdalena, and an increasingly bizarre organ…

Can they solve THE FUGUE CODE before the last note of the Well-Tempered Clavier???? (alexeddington.com)