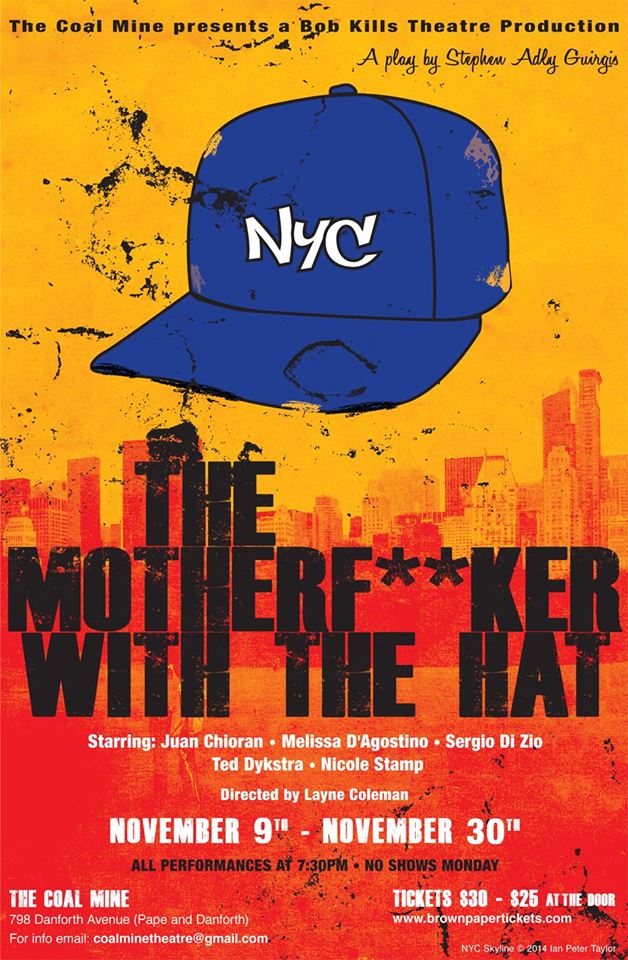 A study of lives in collision, Jackie and Veronica have been lovers since high school and are as hooked on each other as they are on alcohol and bad habits. Their love is wild and all consuming, but it suits them both perfectly–until Jackie spots another man’s hat in their apartment. Recently released from prison, Jackie’s quest to track down “the motherfucker with the hat” threatens to put him right back where he started. Poetic, profane, and thoroughly hilarious, THE MOTHERFU**KER WITH THE HAT is a foul-mouthed look at modern love and other addictions. (Show Facebook Event)