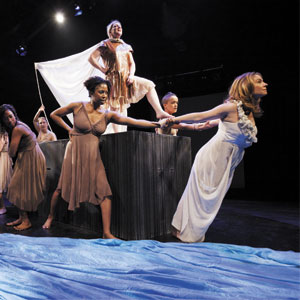 “Now that I’m dead, I know everything.” So begins The Penelopiad, Margaret Atwood’s daring response to Homer’s The Odyssey. Destined to spend eternity in Hades, Penelope recounts her life’s story and the murder of her twelve handmaidens by her vengeful husband Odysseus. Atwood’s acerbic wit brings one of history’s most powerful myths to the contemporary imagination. A provocative new look at a woman’s longing, lust and culpability. (www.nightwoodtheatre.net)