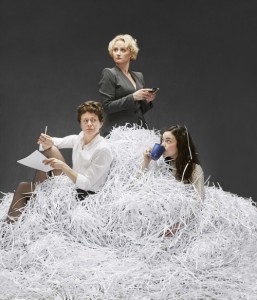 Step inside the halls of power as Madge, a young, idealistic and enthusiastic civil servant, gets ready to write her first official memo. The only thing standing in her way are endless revisions, an impossible deadline, funding cutbacks and the ever-shifting world of government protocol. This hard-hitting and hilarious play asks: doesn’t a successful society – one that is engaged, working, healthy and educated – require a successful civil service? (commonbootstheatre.com)