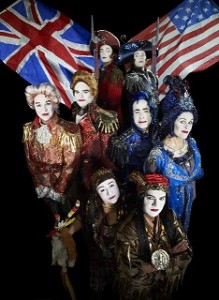 The Young Centre for the Performing Arts

When America declares war on Britain and her empire, a Native confederation led by the Shawnee chief Tecumseh defends its own territory by joining in the defence of Canada. After three years of bloodshed on land and lake, the Yankees have burned York, the Yorkees have burned Washington, and everyone has burned the Natives. (videocab.com)